Don’t Call It a Prediction 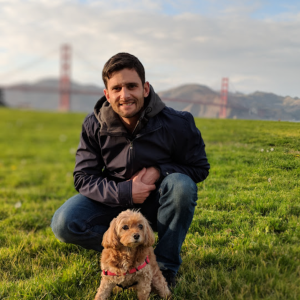 It’s that time of year … the time when every media outlet, marketing team, and analyst publishes their top predictions for 2023. But don’t worry. This post isn’t about my predictions or how I personally see 2023 shaping up.

This post summarizes a few of the leading forecasts published this fall, then addresses solutions that can help kick 2023 off positively.

As I was reading the various 2023 predictionA prediction is the ultimate goal of a predictive model. In Pecan, a prediction is often tied to a specific customer. After learning from data… reports this week, I noticed that predictions have all been pretty aligned this year. Based on these reports, I can sum up the top predictions into two essential categories, driven by one elephant in the room: Apple.

Let’s shift into these predictions and look at a possible solution to make 2023 a fresh start.

One of the biggest open questions for 2023 is: Where are ad budgets going?

Many companies, like IAB, Magna, and GroupM, predict an increase in ad spending in 2023. Still, the predicted increases are considerably lower than previous forecasts and do not match the growth seen in 2022. Across the board, these firms have forecasted a 4-5% growth rate, nearly half the growth in 2022.

More interesting, however, is a report from WARC. WARC reported that the ad market will experience a softening of almost $90 billion over the next year.

There are two reasons for the softening seen in these forecasts. First, the unsurprising reason is the current economic headwinds driven by inflation, consumer spending, and supply chain issues.

The surprising factor, however, is Apple — specifically, the changes introduced with the App Transparency and Tracking protocols. The changes introduced by iOS 14.5 alone are estimated to impact roughly $40 billion in ad spending on social media platforms in the next year!

eMarketer also forecasted this trend. In eMarketer’s latest projections, the 2023 social network ad spending forecast has been lowered by roughly $16.21 billion. Meta accounts for the bulk of the losses, which doesn’t include the impact from the latest round of restrictions in the EU.

So in other words, Meta … I think Apple and the EU said knock you out.

With those reductions in mind, how are brands looking to use their budgets in 2023? Analysts like IAB and eMarketer anticipate a bigger increase in spending on digital channels, like paid search and programmatic. The primary goal for many advertisers will be acquiring new customers.

All that leads us to the second development taking shape for 2023: the growth in data sources and usage.

The second biggest 2023 trend that’s caught my eye is the impact of data. Again, this might not be a surprise, but the details underlying the trends are pretty interesting. In addition to the effects of Apple’s ATT, ID5 reports that nearly half of today’s global web traffic cannot be tracked to individuals. That lack of tracking is due to cookieless browsers and users who refuse to consent to cookie requirements.

With those limitations on data collection, it makes sense that Salesforce predicts the number of data sources used by marketers to grow by roughly 20% in 2023. If anything, it’s shocking that number isn’t growing by 50% or more. According to their State of Marketing report, the number of data tools has grown from 10 to 15 between 2021 and 2022. The total will increase to 18 by the end of 2023.

This situation has led many, including Pecan AI’s CEO Zohar Bronfman, to say that 2023 might be a challenging year for data-driven decisions.

So What Are We Doing About It?

These two developments are putting many campaign managers in a pretty tough spot. We’re tasked with driving more results with less money and less data. This is a losing equation.

The fact that we have less data is a double whammy. Not only does this lack impact the ability to build audiences and create look-alike audiences, but it also affects campaign measurement and attributionThe process of identifying and assigning credit to the various marketing touchpoints that contributed to a conversion or another business outcome, such as a sale….

The good news is that it isn’t all doom and gloom. With the help of AIArtificial intelligence (AI) refers to the development of computerized systems that can carry out tasks and perform actions that augment or take the place of…, there are a number of new tools and techniques that can help campaigns run more efficiently and extract more value from your data. With budgets tightening and data becoming harder to get for both audience discovery and attribution, low-code platforms like Pecan will take center stage.

Pecan is a predictive analyticsPredictive analytics uses data, statistics, and machine learning techniques to build mathematical models that can generate predictions about things likely to happen in the future…. platform that allows campaign managers and marketers to maximize the value of their data. Among other approaches, Pecan enables these key strategies:

In a nutshell (no pun intended), these three techniques are essential for various reasons. However, for the key drivers — better campaign performance and data solutions — Pecan helps campaign managers get clarity on their ad campaigns’ future performance. It also helps them work around a number of the limitations introduced by SKAdNetworkA method created by Apple for measuring mobile app advertising effectiveness. SKAdNetwork is intended to offer a more private, secure way for developers and advertisers….

If you want to learn more about maximizing your ad budgets and your data’s value, we created a helpful guide to help you get started. The guide leads you and other stakeholders through gathering information and making decisions about your data-driven strategy. We’d love to hear from you and discuss how Pecan can help you solve your toughest business problems.

See how your business can benefit with Pecan

In just 3 minutes, explore how business leaders can use predictive analyticsAnalytics is a

In just 3 minutes, explore how business leaders can use predictive analytics to solve significant business problems.

Retail and e-commerce businesses can use their data to predict customer behavior and gain a competitive advantage in today’s fast-changing market.